Over the Rainbow with Evan Ruggiero 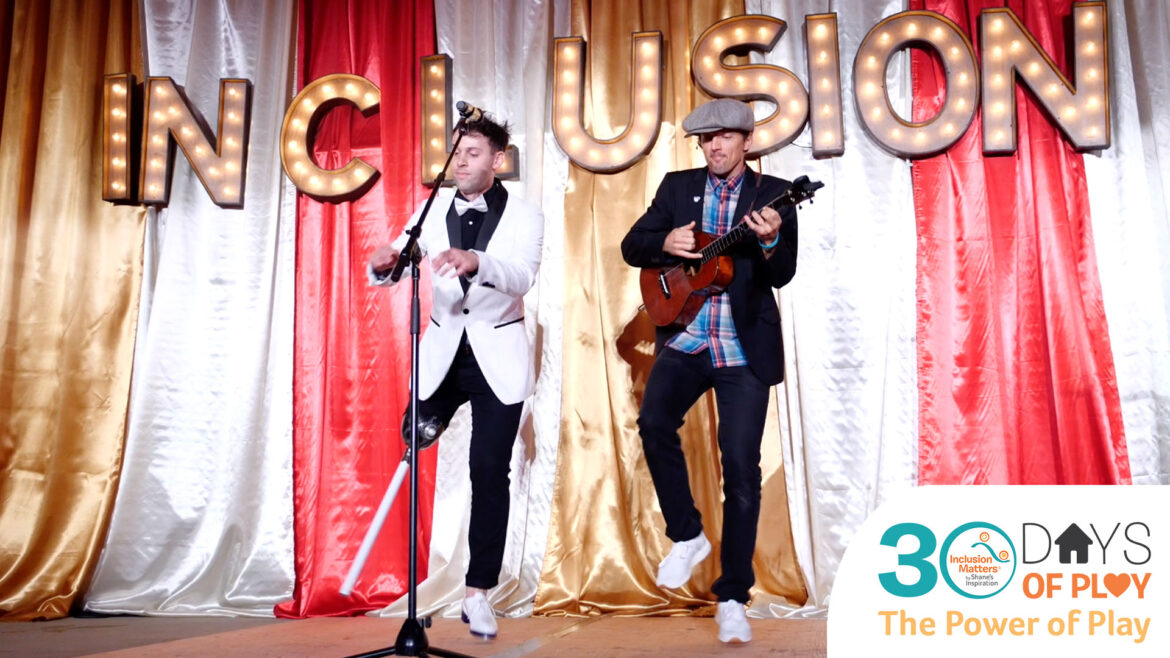 Evan is a role model for performers with disabilities. As a college sophomore, Evan was diagnosed with Osteosarcoma, a rare bone cancer in his right leg and chose amputation in order to save his life. Eighteen months after the amputation, and only two days after receiving his “peg-leg,” Evan was tapping again.

Evan shared his story and created this rendition of Somewhere Over the Rainbow for our Global Day of Play: youtu.be/xlRlwm0OA8I. Stay tuned to the end to relive Evan’s gala performance with singer-songwriter, Jason Mraz.

Is your child interested in performing? There are so many opportunities for children of ALL abilities to pursue their dreams from Los Angeles to New York City!

Did you know that Evan also performed for us at our “Touch the Sky” Concert at Carnegie Hall? Created by Broadway World’s Top Female Cabaret Artist, Joan Ryan, the concert raise funds and awareness for our first inclusive playground in New York City. We are working with Carnegie Hall on a musically-themed inclusive playground called Harmony for All in NYC. Learn more at inclusionmatters.org.